What a fine hill Parlick is! It is located at the southern end of Lancashire’s Bowland fells and over the May bank holiday weekend it became the focus for the first round of the 2017 British Paragliding Cup. A dome shaped hill somewhat separate from the rest of the fells, Parlick is flyable in a range of wind directions and by luck or rather by likelihood, the winds that blew on Mayday weekend came onto the hill, so there was no need to travel to any other site. However, the forecast had teased with the possibility that Pendle Hill, 20km or so to the southeast would be a better option for Friday. As it turned out, the influence of maritime air over the Lancashire plains brought the wind nicely onto the west slopes of Parlick, and we were spared some paradriving.

Friday: Persistent high overcast made the first day of the BPCup challenging in that annoying way when lift is weak and the right decisions are critical. There was much wafting about the hill, with pilots occasionally pushing forward to try to catch a weak climb well in front, before committing to leaving the hill. We all realized that timing could be critical on this elapsed time race to Colne. “Should I stay or should I go” could have been the theme tune as leaving under a cloud with a bit of structure, or, when a rare patch of sunlit ground appeared down wind, could win you the day.  Most managed to get away, over a fairly broad window, and in dribs and drabs, and without much gaggling. After uneventful retrieves, most of which were short, it became clear that Viv Fouracre, Swing Nexus, made the best of it by a fair margin and had outbimbled the rest of us, tagging TP1 and landing at Burnley. Persistence also rewarded cup newcomer Gerald Hey, Mentor 4 and cup “old boy” Gary Jackson Aspen4, with first, second and third for the day respectively. 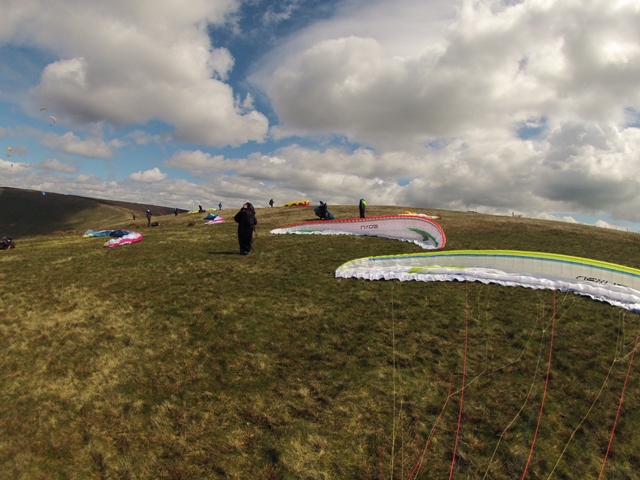 Task 1 - setting up on Parlick west 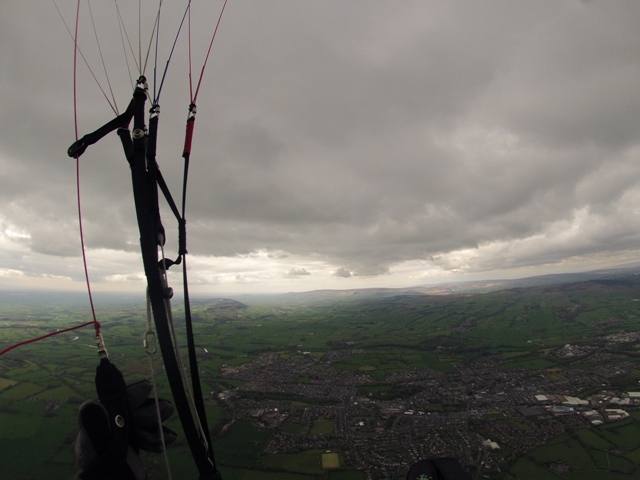 On Task over Clitheroe, en route to TP 1

Hoping for more action on Saturday, pilots were reassured by a forecast for increasing wind and promising airmass quality. But would it be too windy?

Saturday dawned bright and it was clear we should have the help of more sun than was seen on Friday. Meet director Gareth Aston, quickly got a task underway for fear of losing the day to it blowing out. The pilots wasted no time in getting on with the job, launching from Parlick’s south takeoff for the goal at Kirkby Lonsdale 36Ks to the north. After grabbing the start, pilots set off down wind across the moors in ones and twos. There were a lot of boonies down there, and to begin with surviving the crossing rather than racing was the priority. There was something of a crux 10km or so down wind when Nicholas, Fouracre, Blacker, Blanchard and McLoughlin found themselves stuck in a sunless world above the aptly named Thrush Clough at the head of the Wyre valley.  The cloud cover and shallow slopes claimed McLoughlin but Blacker and Fouracre escaped in a small core, while Nicholas searched upwind to make his escape under a developing cloud, along with Le Gall.  From cloud base above Wards Stone, the rest of the course was straight forward with generally buoyant air and improving conditions, so much so that some radio banter struck up as to whether we should fly on to the borders.  Six made goal Viv Fouracre, Chris Blanchard, Tony Blacker, Brad Nicholas & Yannick Le Gall.  Viv Fouracre won the task, showed us she could race as well as survive Friday’s weak stuff, and took a well deserved 1st place overall. 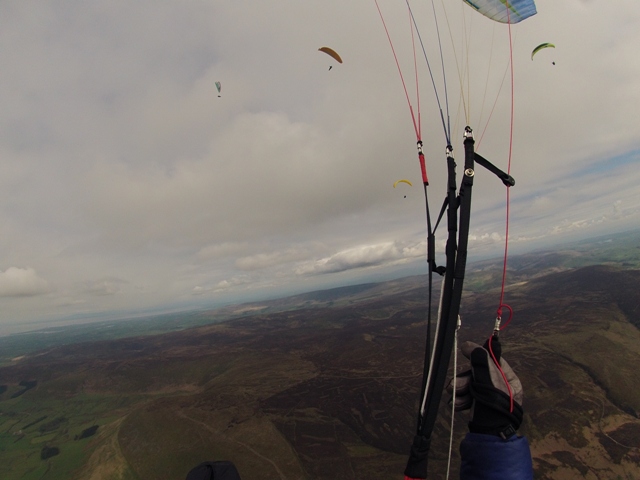 Task 2 - Climbing out from Parlick south 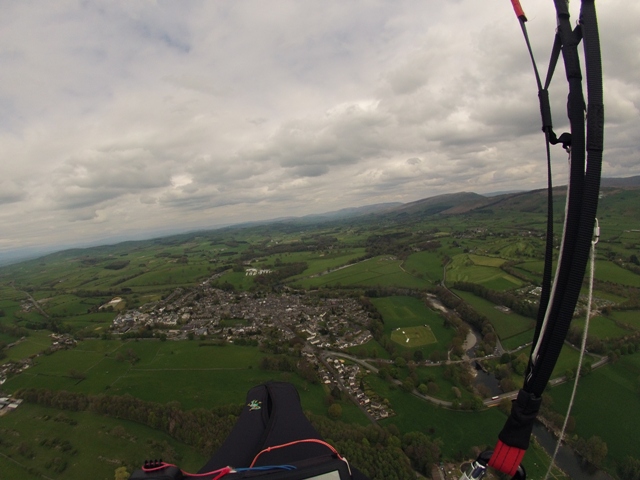 So this year the BPCup is off to a good start! On Saturday night the competitors were full of enthusiasm after being rewarded by 2 days flying, and though the numbers were definitely down compared to some past events the atmosphere wasn’t!

Many thanks must go to Pennine Soaring Club for use of their sites, to Gareth Aston for directing the meeting and to Tony Blacker and his family for, as well as looking after competition safety, organising a splendid barbeque on the lawn of the host venue, The Bowland Forest Gliding Club. Merriment went on late into Saturday night as the forecast for Sunday gave closure to this first round of the BPCup 2017. Roll on August and round 2 in the Peak District. 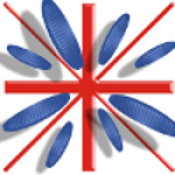