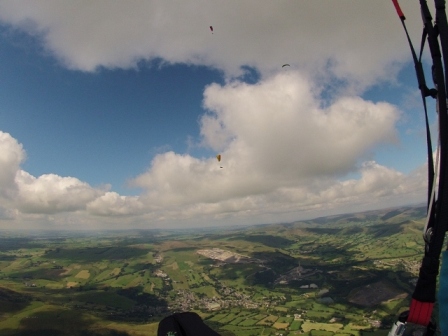 We had an idea that we were being ambitious this year in trying to run 3 rounds but never dreamed that we wouldn’t even manage to run one.

Our new format of a wildcat round (called on the Thursday, fly Saturday and Sunday) in April in Snowdonia should have started our year but we moved it to October due to inclement weather. Unfortunately October didn’t play ball either.

We postponed the three day Pennine round based at the Bowland Gliding Club in April/May, twice, then cancelled as the only slot left was taken by the North South Cup – they flew both days!

Moving on, the August round came next, 7 days in the Peak District at the Derbyshire and Lancashire Gliding Club. We arrived full of hope that the forecast would improve enough for us to get some decent tasks in especially as those who arrived early managed some evening flying on Bradwell on Friday and decent XC’s to the east coast on the Saturday. Quite a few stalwarts turned up to register and attend Pat Dower’s RHADS briefing on Saturday evening, the late arrivals apologising to Pat after flying 100k from Bradwell to the coast (nice one guys, not envious at all).

On Sunday and Monday the weather dictated alternative pursuits but we did manage to invade the Aerofix workshop just down the road in Bradwell where we were treated to a tour of the new workshop and a very interesting talk on glider servicing and maintenance by John and Matt – tea and biscuits included.

With no prospect of taskable days in sight we made the difficult decision to cancel the round, the one advantage of early cancellation our being able to offer partial refunds to all competitors.

Those of us who stayed on managed some flying and a great deal of socialising but the winds were quite strong and it was a “pick your moment” style of launching which is not suited to a competition with varying levels of pilot experience. We filled the sunny but unflyably windy days with cycling, lunch at the local deli in Hathersage, socialising in the canteen and late into the evenings at the bar – we had a great week. 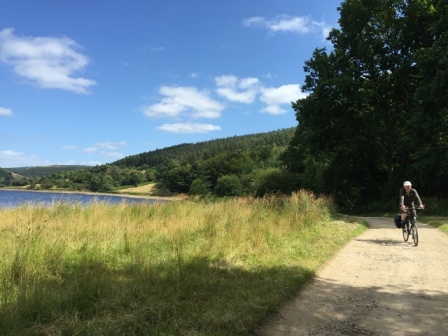 We have a wonderful core of supportive pilots for this comp in spite of the UK weather and new ideas in the melting pot for future years so we are not giving up yet. The trophy plaque for 2016 will announce “The Weather” as the winner!